Edolanguage.com and blog was created by Uwagboe Ogieva to make easy learning and sharing of Edo-African language for both students and teachers. Sign up with the blog to recieve regular updates. Welcome to first ever free Edo language website for students and teachers. You can contact us to upload your edolanguage articles, lectures and materials on this website via whatsapp tel: +34 632409389 or send your request to edounitednation@gmail.com. Share with a friend. Wa hia rhuese
-

(From Bree, Its Morning prayers translated from Edo-English.)

Some Domestic items in Edo, English and Spanish

There is a limit to which translations of things in English, French, Spanish, Arabic and other languages can be translated into Edo due to limited dictionary, materials and standardization of the language to expand its resources and vocabulary as language of the world grows and evolve with its innovations and creativity. Normally most nouns in Edo do take "e" before the actual noun is pronounced. The use of “e” before nouns could be very confusing and inappropriate when making complex sentence, writing essay and in making long sentense. Nouns in Edo should take their proper place, names directly for what they are and pronounced accordingly with the orthographic culture in Edo language. To bring Edo name out of anything ? First consider it's main function, then decode it, and use minimal abrivations from the words decoded. However, there are 4 principal way of translation in Edo language:
(A)Direct translation is an original name of a particular object, animals, place or things. Translations that already have its own equivalent name in Edo. E.g. Ehor meaning Knife in English, Ugbo for Farm, Eze for river, Ukoni for kitchen, Ewe for goat, owa for house, etc.

(B) Corrupt translation means calling and writing names of objects, animals, place or things in their initial name in English but recompose in line with Edo alphabet, consonants and vowel sounds. E.g. International = intanasiona, chemistry = kẹmisiri (note: no “ch” in Edo consonants), Nigeria = Naigirria, etc. Notably, the principal used by Edo people and other cultures is to borrow and corrupt words for which they have no equivalent. In some cases, direct translations of meanings can be long sentences. For instance to calling Microwave “Emwin na tiere Microwave" is a clumsy sentence, while the corruption translation to “Maikirowavi” is more appropriate. Firigi is a corruption of Fridge, Ọzifọdi for Oxford, redio for radio etc.

(C) Significant translation is making a noun out of an expression, phrase or clause. E.g. “Space Science” space = Idagbo ne ọh rr'iso / Idagbiso. Idagbo means empty / open place/space while “Iso” is “sky”. Empty place in the sky (planet space) could be represented in Edo as “Idagbiso” while Science could be applied as sanyensi and “Space Science” interpreted “Sanyensi Idagbiso”. Again, “Aighi gue Oba sinmwin” to Aiguabasinmwin (a name of a person).

(D) Adopted Translation
refers to an adopted name sometimes obligated by authorities, linguistic boards, institution and ministries. Names that did not exist initially in Edo grammar but have been chosen and adopted to take its use. The Edo pronouciation are very sensitive to the combination of consonants like dg, pl, sp, sk, tr, c, cr, word ending in "d"= di, fr, word ending "n"= ni, br, ox, lk , ph, etc in English. They intent to sound more plain and simply, i.e. Saying it just the way it is. Pronoucing English words as it sound with the Edo language vowels. [a,u,e,e,i,o,o].


Here are some items in Edo, English and Spanish: 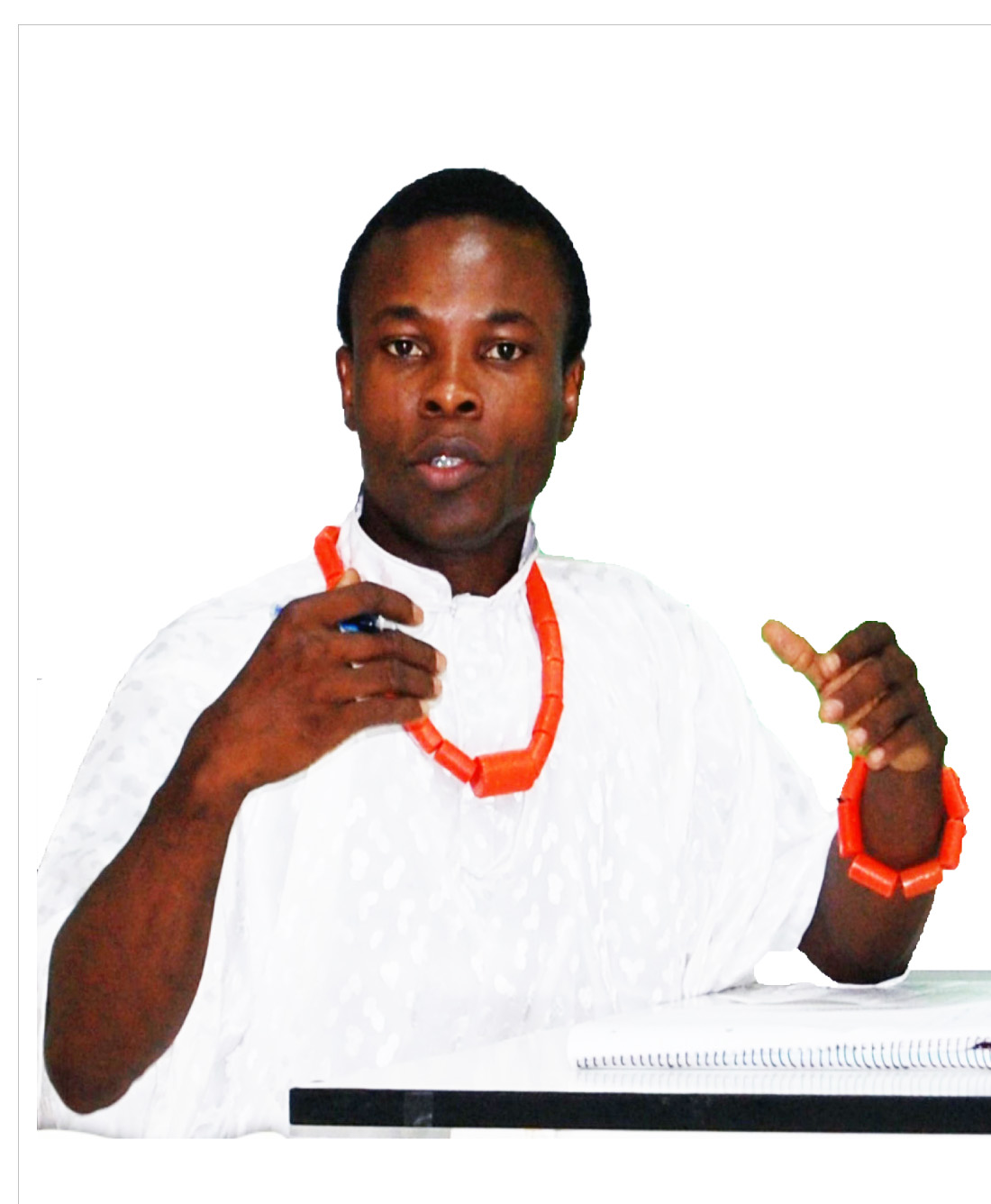 Search any point of interest